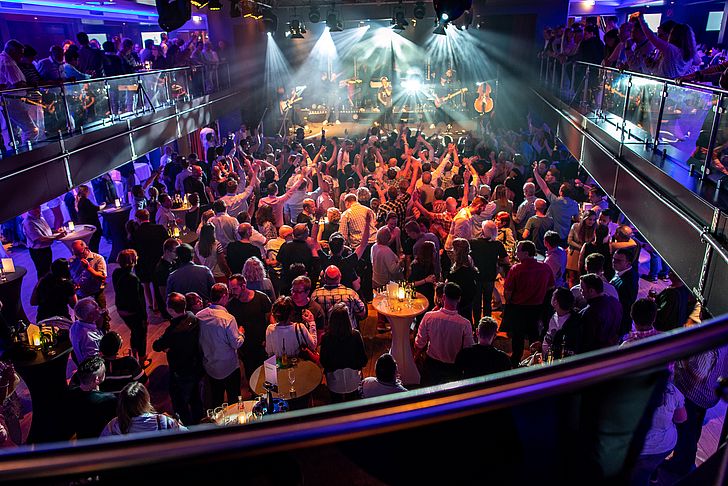 After the catamaran had left Emmerich in the early evening, going up the Rhine, Wim Abbing, CEO Probat, addressed the 900 invited guests with an emotional opening speech: ”We are here today, to celebrate us, Probat, our tradition and achievements. For it is the people and their stories, who shape the company, but also get shaped by it.”

Abbing took the attendees on a journey through 15 decades of company history, surprising with anecdotes, which had been unknown even to longtime coworkers. For example, he talked about a correspondence between the philosophers Marx and Engels, in which they mentioned the company founder Theodor von Gimborn. His son, Carl von Gimborn, apparently was an acquaintance of the American industrialist John D. Rockefeller. About Theodor’s grandson Hans von Gimborn, he knew, that the latter discovered neon light during one of his travels to the USA and brought it back home to Emmerich, thus literally bringing light into the darkness of the production facilities. Concluding his address, Abbing appealed to the audience to not rest on laurels in spite of an unprecedented order intake, but to continually face any future challenges and to offer innovative and individual customer solutions.

Following the official part, two live bands and a DJ took the stage and provided an atmosphere, which kept the party guests in high spirit lasting into the small hours.

Probat 150 - Connecting Markets
The Probat Coffee Symposium ‘Connecting Markets’ is certainly going to be the most remarkable jubilee event. On this occasion, leaders and executives of the international coffee industry will come together at the company’s headquarters in Germany on September 19 - 20, 2018 to share their knowledge with each other. The two-day event will stand out for its thought-provoking key note speeches and innovative think tanks accompanied by exciting breakout sessions.

The Probat anniversary’s microsite: probat150.com
To keep all coffee enthusiasts informed about the Probat Coffee Symposium and the whole anniversary year in detail, the company has created a microsite. At www.probat150.com any information regarding all events evolving around the jubilee can be found here. This web presence gets permanently updated and is directly linked to various social media platforms where people can post Probat anniversary related stories tagging them with #probat150.