A wide range of variants with proven, advanced technology. The PROBAT shop roasters use specially developed shovel mechanisms in all machine sizes to move the beans in the drum. This guarantees the best-possible mixing at a set rotation speed. Inside the roaster, the beans move along precisely defined paths. A controlled flow of hot air roasts the beans via convection with minimum drum contact. This results in a highly consistent roast and a uniform bean pattern.

The PROBATONE roaster is available in three different models, with batch sizes between five and 25 kilograms and a roasting capacity of 17 to 85 kilograms per hour. The PROBATINO is specially developed for smaller businesses. With its recommended batch size of one kilogram, it is perfect for producing, testing and perfecting small quantities of roasted coffee with an output of up to 4 kg per hour. These tabletop roasters are much more than just miniature versions of PROBAT’s industrial products. The shop roasters are where our success story began.

The high processing quality of the PROBATONE series is partly thanks to its premium cast iron components. The machines roast and cool simultaneously, with separate exhaust for cooling and roasting air. Fully adjustable gas control and advanced burner technology ensure high flexibility, while the touch panel enables convenient control. A range of customized expansion options are also available, such as semi-automatic control.

All Probatone roasters for the Indian market are produced at the manufacturing site in Bangalore. They have the same construction specifications used in the PROBAT German plant, although there are some components tailored to the Indian roasting market. Thus the Indian made roasting machines are more attractive for customers in India due to a lot of favorable factors. Both the European as well as the Indian production site are supplied by the same component manufacturers. The Probatone roasters produced in India are of the same quality than those built in Germany. It has always been PROBAT’s aspiration to maintain exactly the same quality for every single machine, no matter where it is built.

All roasting machines built in Bangalore are initially intended for the Indian market but can also be made available for adjacent regions on request.

Features and functions of the PROBAT roasters

Understand, control and analyse the roasting process with the PILOT ROASTER SHOP software

PILOT ROASTER SHOP is specially developed for the P Series of shop roasters, and is available as both a desktop version (Windows) and as a free app (Android, iOS). The software helps users reliably reproduce roasting results on a PROBATONE roaster.

It allows you to record, edit, analyze save and open roast profiles, and displays the relevant parameters such as roasting time, temperature and burner power. The program saves every roast automatically. It also saves and stores any gas setting changes to the burner power in the pilot roaster shop software computer system using time and temperature codes. This enables automatic roasting with just a few clicks on the desktop or mobile version.

HAVE A P SERIES ROASTER?

Download our exclusive mobile app for remote monitoring of your roasting curve.

Who can I turn to when I need spare parts? Who in the PROBAT team is responsible for training, and who handles individual maintenance appointments?
We have listed and summarised all the relevant contact partners for you here, so you always know who to turn to. 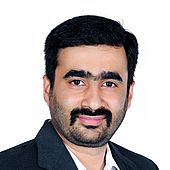